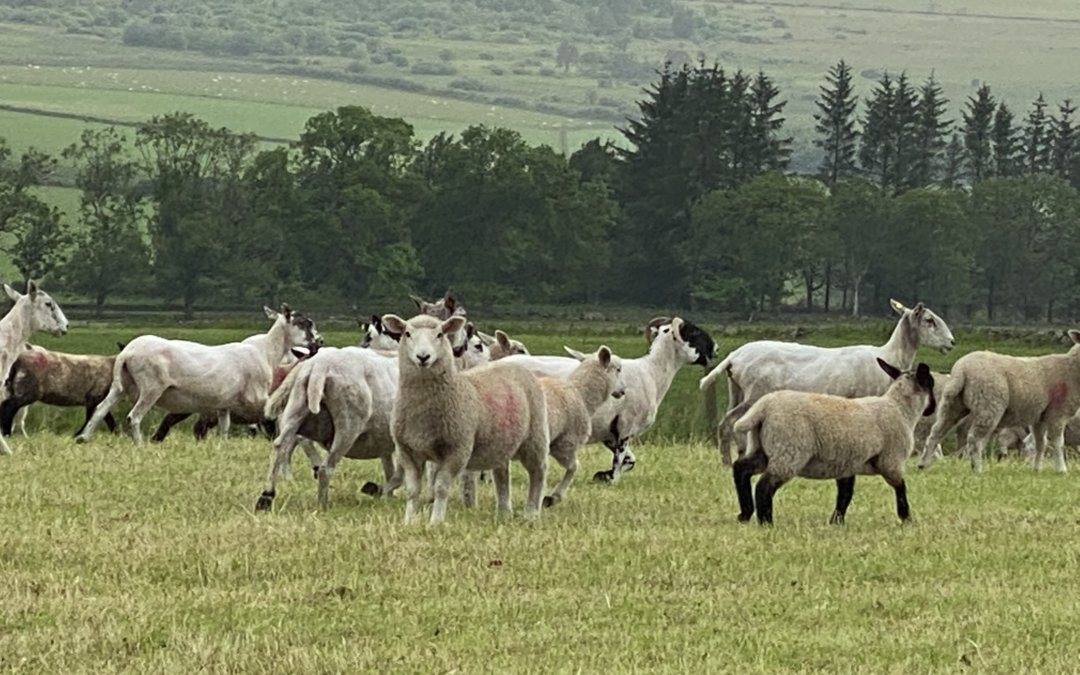 Having previously visited Wairere Romney’s in New Zealand & seeing how the sheep were farmed on steep Hill Country running up to 1800 feet & best described as winter wet, summer dry, Roger came home & pondered how could these sheep fit our system and what did they offer?

Roger & Beth who farm organically have a supply agreement with Scotbeef receiving premiums for delivering high quality beef & lamb annually. A weakness in Roger’s system was having to purchase Blackface ewes annually to breed Mule ewes, Roger was keen to close the front gate on purchasing outside sheep & head down the self replacing flock path, thereby taking full control of bio-security & having only to buy a couple of rams annually. In 2020 4 Wairere UK Romney’s were purchased & joined with the Mule ewes to provide replacements.

Whilst it’s early days with the lambs shown only being around 70 days old, they look to be doing just aswell as terminal bred lambs and will defenitely be joined as ewe lambs.

On reflection Roger & the staff thought the  lambs had a bit more thrift & get up & go when they were born & the 4 Rams purchased in 2020 have just been shorn & come through the winter really well.

When I visited in early July & took these photos Roger told me, “the proof will be the killing sheet” but he did order 3 more Rams, so I’ve taken that as a positive.